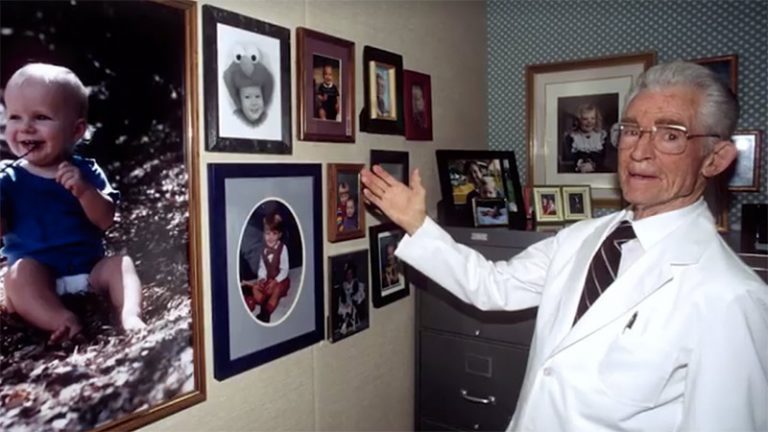 Shortly after wrapping up his first documentary, Canadian filmmaker Daryl Stoneage was on his way to Cairo for a vacation. Seated next to him on the plane was a woman reading The Genius Factory, David Plotz’s book about the Repository for Germinal Choice, a controversial sperm bank that purported to stock sperm from Nobel Prize winners. The two passengers struck up a conversation and talked about the book for the entire flight. Stoneage was so captivated he decided to use the money from his first film to purchase the rights to the book and direct a feature-length documentary.

Even if you’re familiar with the book, there’s a lot more to discover in Stoneage’s film (also titled The Genius Factory) including archival video footage and interviews with donors, donor-conceived offspring, mothers, sperm bank employees, and a host of experts.

One of the hardest interviews to secure was Doron Blake, the Repository for Germinal Choice’s poster boy. “He’s been out of the limelight for ten to 15 years,” says Stoneage. “Initially he said no but we managed to convince him in the end. He’s gone on record saying this is the last interview he’ll ever do about the sperm bank.”

Stoneage says going into filming, he supposed nature and nurture have a roughly equal role in a person’s development. “I don’t tend to think in absolutes, but one of the interviews put it an interesting way. He said ‘It’s not nature versus nurture, it’s nature via nurture,’ so the two are really working together to bring out a balanced individual.”

The Genius Factory airs on the Documentary Channel on October 29th, November 1st, and November 24th.